The British Pound rose significantly against the U.S Dollar on yesterday trading session hitting its highest level in a week and closed at $1.5394. In fact, the Pound jumped after the “Amlin” Japanese deal was announced. However at the beginning of today trading session, the pound dollar retreated slightly within range trading as the investors await the release of British manufacturing and industrial production data for the month of July in order to access the economic improvement during the third quarter of this year.
Posted by MBCFX 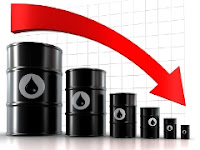 Crude oil prices extended losses at the beginning of Monday trading session. Amid thin trading as U.S markets are closed for Labor Day holiday which decreased demand for oil. On the other hand, the retreat of U.S dollar and the release of disappointing U.S Nonfarm Payrolls data have also weighed on oil markets as it raised concerns about slow global economic growth. Then the prices remained under pressure due to oversupply of crude oil in global markets against a decline of demand from China the second largest consumer of oil in the world.

The Euro and Yen recovered against the Dollar at the beginning of Tuesday trading session supported by increased demand for safe-haven currencies. In fact, China manufacturing and services disappointing data have reinforced the worries about the economic slowdown and  pushed the investors to turn away from investing in riskier assets. As a result, all the trading of European markets opened on the red.  On the other hand, the uncertainties about whether the Fed will raise its interest rates this month or not remain weighing on the markets. Therefore, the Fed decision is dependent to the U.S jobs data releases. So market attention will turn this week to the U.S Nonfarm Payrolls report due on Friday Sep 04th.  And concerning today, the investors will turn their focus to a survey of U.S. manufacturing activity. 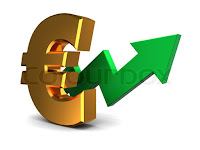 The single currency has started its recover after the investors hopes have been diminished as the Federal Reserve stated that the bank needs more time before hiking its interest rates. And the concerns about the slowing economy in China have reinforced expectations that the Fed will delay rinsing the interest rates, and pushing the investors to turn to safe-haven assets. As a result, the Euro recovered significantly against the U.S Dollar. Furthermore, the upbeat German Ifo business confidence index has also supported the bullish trend of the EUR/USD to recover above $1.1330. And today the investors will keep a close eye on the U.S GDP prices index and the Initial Jobless claims data to search for more clues about the strength of the U.S economy.

The Crude oil prices recovered slightly but remains trading below $40 per barrel and near the lowest level in six and half years. In fact, the decline of oil prices was due increased  worries about the weak demand for oil from China. And the recent negative economic data has pushed the Chinese central bank to move in order to support the struggling economy. On the other hand, the continued worries about the slow global economic growth has not only affected the oil prices , but also the equity markets, like the Asian stocks which opened lower at the beginning of today trading session. Furthermore, the US dollar has lost its ground as the investors moved away from riskier assets, and instead they turned to buy safe-haven currencies like the Euro and the Japanese Yen.
Posted by MBCFX

The Euro recovered significantly against the US Dollar to trade above $1.15 while the European equity markets opened lower on Monday trading session. As slowing global economic growth weigh on investors sentiments and decreased the hopes that the Fed will hike its interest rates on September pushing the Dollar down against its major rivals. On the other hand, the Sterling Pound rebounded to almost 7 weeks high against the U.S Dollar. While the investors turned to buy the safe-haven currencies like the Yen and the yellow metal as uncertainties and fears still dominate the global financial markets.
Posted by MBCFX

The Dollar retreated slightly against the Euro at the beginning of Tuesday trading session, offsetting its gains achieved after the release of upbeat U.S. housing starts data. On the other hand, the devaluation of the Chinese currency has pushed the investors to turn to safe-haven currencies especially the Yen and the Swiss Franc which rose against the Dollar, while the British Pound rebounded to the highest level in 7 weeks against the Dollar.

Today the inventors’ main focus will turn to the U.S inflation report, and any positive economic data will increase expectations that the Federal Reserve will hike its interest rates as soon as the next month.